Arizona Hit and Run Charges – Leaving the Scene of an Accident 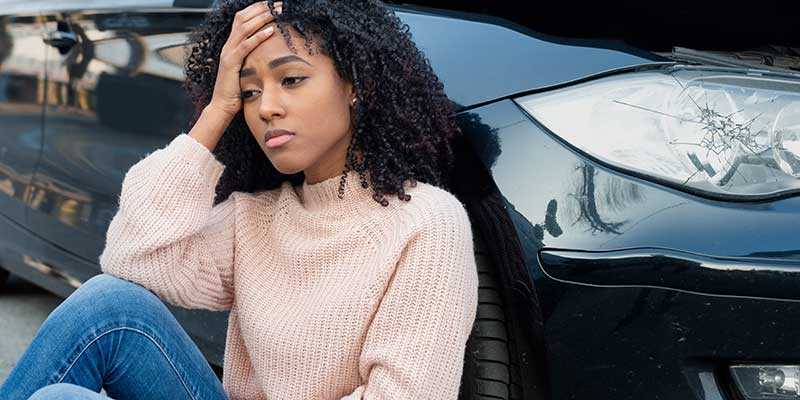 Charges of Felony Hit and Run or Leaving the Scene

According to Arizona laws, motorists who are involved in a car accident must remain at the accident scene and provide their information to the other involved drivers or the owners of any property they have damaged. This applies to anyone, regardless of who is perceived as at-fault.

When people fail to stay at the scene and fulfill their legal obligations, they can face hit-and-run charges. The state has several hit-and-run statutes that criminalize different types of actions involving motorists who fail to perform their legal duties following collisions.

At Shah Law Firm, we are here to help. Our goal is to examine all the facts. If you have been charged with a hit and run, call us immediately so we can help.

Below is information about the state’s laws, your legal duties, and the potential penalties you might face when you fail to perform your obligations from the experienced criminal defense lawyer at the Shah Law Firm.

Can You Defend Against an Arizona Hit and Run Charge?

While being charged with a hit-and-run is serious, you can still defend against it. First, we will look at the possible defenses against hit-and-run charges and scenarios as to why someone might leave the scene of an accident.

Your Arizona attorney Arja Shah has over 15 years of defending those charged with serious crimes and will determine the most appropriate defense strategies to follow.

Some of the common hit-and-run defenses that might be raised in this type of case include the following:

For example, if you moved your car to a safe location to avoid obstructing traffic and then immediately returned to the scene but couldn’t find the other driver, you could argue that you did not willfully intend to violate the statute by failing to perform your required duties.

Similarly, if you left because of safety concerns such as the other driver threatening you with violence, you could argue that you left out of necessity. If someone else borrowed your vehicle and caused the hit-and-run collision, you could present evidence showing that you were not the person involved.

If you left the scene when you thought the accident only involved property damage, your attorney might secure a plea to a misdemeanor instead of a felony if someone was injured.

For example, if you briefly stopped, and the other involved party stated he or she was not injured before you got back into your vehicle and left without providing your information, your attorney might secure a plea offer to a lesser misdemeanor offense instead of a felony.

Differences Between Misdemeanor and Felony Hit and Run Charges

Arizona’s hit-and-run statutes are found at ARS 28-661 – ARS 28-666 and include both misdemeanor and felony hit-and-run charges.

Several misdemeanor offenses can be charged in Arizona for leaving the scene of an accident found in ARS 28-662, ARS 28-663, ARS 28-664, ARS 28-665, and ARS 28-666. Below we will define each of the different Arizona Laws, what their associated penalties can be, and how defense attorney Arja Shah can help guide you through the process and go over your options of defense.

We understand that there could be multiple reasons why someone might have left the scene of a car accident and we are here to listen. If you are being charged with this crime, call us immediately.

Leaving the Scene of an Accident Involving Vehicle Damage Only: ARS 28-662

Under ARS 28-662, you are required to stop and remain at the accident scene when an accident involves property damage only without injuries and exchange your information with the other driver. You must try t avoid obstructing traffic as much as possible while performing these duties. A violation of this statute is a Class 1 misdemeanor.

Under ARS 28-663(A)(1)-(2), you are required to exchange your information following an accident with the other driver, including your name, address, and vehicle registration number. You must also show your driver’s license to the other driver if you are asked to do so. Violating either of these subsections is a Class 1 misdemeanor.

Leaving the Scene of an Accident Involving a Parked Car: ARS 28-664

Upon hitting parked cars, drivers are required to stop under ARS 28-664 and either try to locate the parked vehicle’s owner to provide their contact information or to leave a conspicuous note providing their contact information, including their name and address. Drivers who are driving vehicles owned by others must also provide the vehicle owners’ names and addresses. If you violate this law, it is a Class 1 misdemeanor.

Failing to Stop Following an Accident that Causes Damage to Other Property: ARS 28-665

Under ARS 28-665, drivers who cause damage to property or fixtures other than vehicles located along the side of a highway are required to stop and take steps to locate and inform the owner. They must provide their name, address, and motor vehicle registration number. If asked, the drivers must also show their driver’s licenses to the property owner. If you fail to do so, you will face Class 1 misdemeanor hit-and-run charges.

In an accident that causes injury or death, motorists must immediately notify the local police, sheriff, or highway patrol under ARS 28-666.

Leaving the Scene of an Accident Resulting in Injury or Death: ARS 28-661

Under ARS 28-661, you must stop and remain at the scene of an accident when someone is injured or killed. You must do all of the following things:

ARS 28-663 also includes a felony hit-and-run offense in subsection (A)(3). Under this subsection, you can be charged with a Class 6 felony if you stop at the scene but fail to provide assistance to someone who is injured.

The penalties for leaving the scene of an accident depend on whether you are charged with a misdemeanor or felony offense. The misdemeanor hit-and-run charges include the following:

These violations are each classified as Class 1 misdemeanors. If you are charged with any of these misdemeanor hit-and-run offenses, you will face the following potential penalties:

The felony hit-and-run offenses include the following:

If you fail to provide reasonable assistance to someone who is injured, it is a Class 6 felony carrying the following potential penalties:

If you leave the scene of an injury accident and fail to provide your name and address when the injury is non-serious, it is a Class 5 felony carrying the following potential penalties:

If you leave the scene of a collision involving serious injury or death when the accident was not your fault, it is a Class 3 felony carrying the following potential penalties:

If you leave the scene of an accident involving serious injuries or death when you were at fault, it is a Class 2 felony carrying the following potential penalties:

Being charged with a hit-and-run can be frightening. If you are convicted, you could face a lengthy sentence, stiff fines, and the loss of your driving privileges.

WHAT OUR CLIENTS SAY