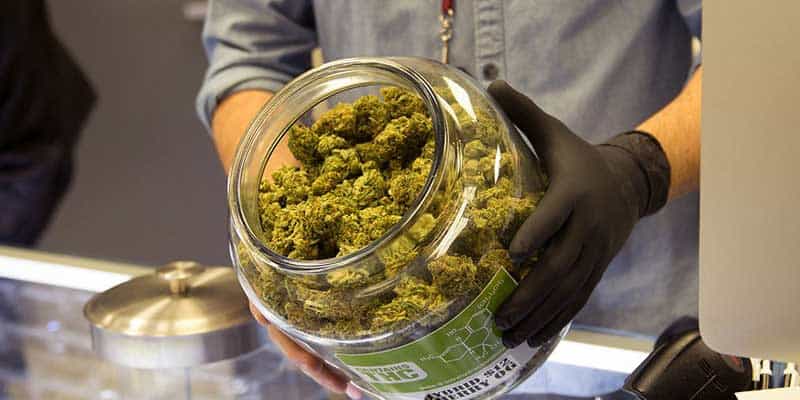 Even though it is legal for adults 21 and up to possess and consume small amounts of marijuana, people can still be charged with marijuana offenses if they do not follow the laws.

An experienced criminal defense lawyer at the Shah Law Firm can help you understand these laws and what you should avoid to prevent yourself from being charged with a marijuana-related crime in 2022.

How Legalized Recreational Marijuana Laws have Changed in Arizona?

Before recreational marijuana was legalized, people caught with any amount of marijuana under two pounds could be charged with a class 6 felony under ARS 13-3405. However, Proposition 207 created a new chapter in Title 36 of the Arizona Revised Statutes called the Responsible Adult Use of Marijuana.

This chapter includes multiple statutes that govern the recreational use of marijuana, including where it can be used, who can use it, the amounts that people can legally possess, and others.

Under ARS 36-2852, for example, adults ages 21 and older can legally possess up to six plants, five grams of marijuana concentrate, or one ounce of cannabis.

However, if you possess more than the above-listed legal amounts of marijuana, you can still face charges as follows:

The Arizona marijuana laws are different if you are a certified medical marijuana user.

If you are caught with more than 2.5 ounces of marijuana but less than two pounds, you can still face Class 6 felony charges under ARS 13-3405. There are also restrictions on where you can smoke marijuana. Under these new laws, you are technically not allowed to smoke it in open public areas. While Arizonans can now legally grow marijuana plants, you must also follow the restrictions.

Under ARS 13-3415, people could previously be charged with Class 6 felony offenses for possessing drug paraphernalia for marijuana use. Before the recreational marijuana law was passed and enacted, you could be charged with a felony if you were caught with any type of marijuana paraphernalia, including pipes, bongs, baggies, growing equipment, and others if you did not have a medical marijuana card.

Where Can You Use Marijuana Legally?

Under ARS 36-2851, you are restricted on where you can legally use marijuana. You cannot smoke it in public or in open spaces, including parks, restaurants, bars, and others. You are also not allowed to vape marijuana in public. If you are caught smoking or vaping marijuana in public, you can face a petty offense carrying a fine but no jail.

It is not a crime for you to be in public while under the influence of marijuana.

However, you cannot smoke it in your vehicle or drive while you are under the influence of marijuana. If you do, you can be charged with a drugged driving charge. It is also illegal to consume marijuana in a running car or boat. Since DUI charges carry stiff penalties and are aggressively prosecuted, you should never consume marijuana while you are in actual physical control of a vehicle, even if you are not driving it.

Employment and Recreational Marijuana Use

Similarly, while it might not be a crime for you to possess a small amount of marijuana, you could lose your job if you possess it at work or arrive for your shift while high under the influence.

What Constitutes Reasonable Suspicion and Probable Cause?

Police officers are not allowed to detain people to investigate a possible crime unless they have a reasonable suspicion that the people they detain have committed a criminal offense or another legal violation. Officers must similarly have probable cause before they can search people or their vehicles.

Before recreational marijuana was legalized, police officers could stop people and conduct searches based on smelling the scent of marijuana. This frequently resulted in lengthy stops and numerous searches, and it was difficult to challenge an officer’s claim that he or she smelled marijuana. The standard is now more complex, however.

Since it is now legal for adults to possess small amounts of marijuana, the smell of marijuana by itself does not amount to reasonable suspicion.

But, there are a few exceptions. For example, if you are stopped by the police on suspicion that you are driving under the influence, an officer who smells marijuana coming from your person or vehicle might be able to justify a search of your vehicle and person based on the odor.

An officer might also use it to detain you longer at the scene while trying to find other reasons amounting to probable cause to conduct a search. In these types of situations, you should speak with an attorney at the Shah Law Firm to determine whether the exception was properly used by the officer.

The scent of marijuana can also be considered to be a relevant factor when police officers determine whether they might have reasonable suspicion that they have committed a crime. Officers are allowed to consider their observations even when some might be individually innocent, but when taken together, amount to reasonable suspicion under the totality of the circumstances.

Under ARS 36-2862, many Arizonans with certain types of convictions for marijuana offenses can petition the courts for a marijuana expungement. An expungement removes a conviction from your record, and it will not appear when employers and others conduct background checks.

Previously, the only available remedy for people with old marijuana possession convictions was to ask for a set-aside. With a set-aside, the record will still appear, but there will be a notation that it was set aside.

You are eligible to petition the court for expungement for any of the following convictions:

If you have a qualifying marijuana conviction on your criminal record, the ability to have it expunged can provide you with a fresh start. Prospective employers and landlords will not be able to see your conviction if you receive an expungement.

Differences Between Recreational vs. Medical Marijuana

The rules for the legal use of medical marijuana are much more relaxed than they are for recreational marijuana.

You can get a medical marijuana card if you have one of the following qualifying conditions:

Medical marijuana cards must be renewed every two years.

Simply having a medical marijuana card does not mean that you can drive a vehicle while you are under the influence of cannabis.

If you are a registered medical marijuana patient, an exception to the state’s DUI law applies when you are not impaired but have a concentration of THC or its metabolites in your blood.

In many marijuana DUI cases, police will charge people with DUIs under two subsections of ARS 28-1381. Under 28-1381(A)(1), you can be charged with a marijuana DUI if you are under the influence of marijuana at the time you drive, operate, or are in actual physical control of a vehicle.

Users can assert the fact that they are registered medical marijuana users as an affirmative defense against a DUI charge under ARS 28-1381(A)(3). This means that medical marijuana users cannot be convicted of DUIs solely based on the presence of marijuana or its metabolites in their system as long as they were not impaired by it at the time they drove, operated, or were in actual physical control of their vehicles.

How the Criminal Justice System Changed in Arizona With the Marijuana Laws?

Legal recreational and medical marijuana laws have had a significant impact on the criminal justice system in Arizona. Before weed was legalized, even a small amount of marijuana could result in a felony conviction.

People who have felony offenses on their records face many problems, including trouble finding employment, obtaining credit, or being approved for housing.

The ability to legally use marijuana and to obtain an expungement for old marijuana convictions has led to decreased stigma for marijuana users and a fresh start for thousands of Arizonans.

While it is legal for adults over age 21 to recreationally use marijuana and for people of any age who are registered medical marijuana patients to use it, there are still some limitations. Understanding the marijuana laws is critical for avoiding potential charges.

If you are facing weed-related charges, you should speak with attorney Arja Shah at the Shah Law Firm as soon as possible.