Is a Fingerprint Evidence Enough for a Criminal Conviction?

Home  Blog  Is a Fingerprint Evidence Enough for a Criminal Conviction? 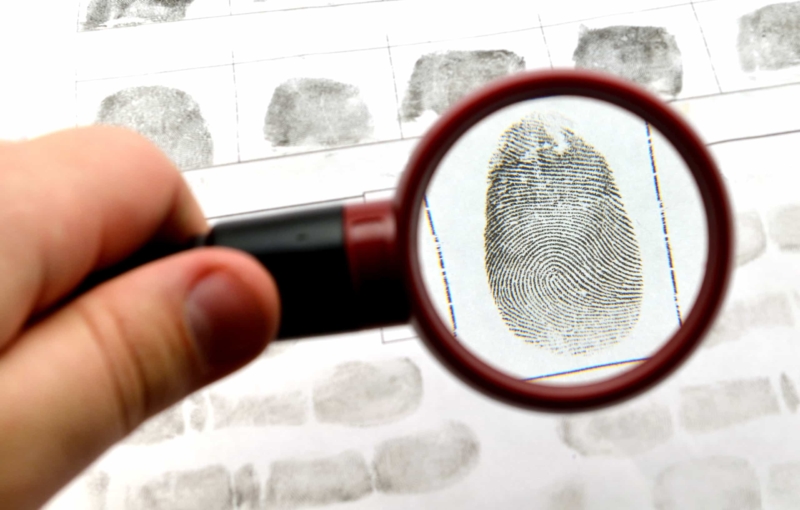 In many movies and television shows, a defendant will be identified and subsequently convicted of a crime after a detective finds his or her fingerprints at a crime scene. However, fingerprints are often not enough by themselves to result in a conviction. Instead, fingerprint evidence is often presented as one piece of evidence rather than the only evidence against a defendant.

When detectives discover fingerprints at a crime scene, they are commonly used in investigations to identify potential suspects or persons of interest. However, because of their limitations, police officers and prosecutors will often want to find additional types of evidence to secure a conviction.

If an officer finds your fingerprints, they will connect you to the crime scene. However, there is no way for the police to determine how long your fingerprints have been there. Interpreting fingerprints to match them may also result in mistaken identification.

While fingerprints might not have the evidentiary strength of DNA evidence, they are still used in criminal cases. Fingerprints are generally considered to be reliable, and juries understand what they mean. Every person has a series of ridges on their fingers that are ostensibly theirs and no one else’s.

How Fingerprints are Matched to a Suspect?

Fingerprints are used by police offers to identify suspects. They match fingerprints by comparing the fingerprints they have in police files with those that are found at the scene of a crime. The FBI has a searchable database that law enforcement officers can use to try to match unknown fingerprints to those contained in the database. Your fingerprints might be on file for many different reasons.

For example, you might have to be fingerprinted to gain security clearance for a new job or professional licensure. You can also be fingerprinted when you are placed under arrest. Many parents have their children fingerprinted by their local police departments so that they can be identified if they are the victims of crimes. No matter how your fingerprints are taken, once they are entered into the fingerprint database, they will be used for comparison purposes.

Fingerprint experts sometimes disagree about the number of points that are needed before a fingerprint match can be declared. For example, some fingerprint experts believe that a match has been found based on 12 points while others require 20 points to declare a match.

We are Open and Available to answer any questions. Free consultations by phone or video chat. Shah Law has successfully defended over 2,700 clients. We are on your side!

How are Fingerprints Found at a Crime Scene?

After dusting different surfaces at a crime scene, the visibility of any prints will depend on the porosity of the surface. However, computer enhancements allow detectives to extrapolate complete fingerprints from fragments, and lasers can read markings that would otherwise be invisible.

It is not possible to determine the age of fingerprints. In many cases, a criminal defendant will try to explain that their fingerprints might be at the crime scene because of an earlier visit than when the crime occurred.

Fingerprints are used to connect a suspect with a crime scene based on the theory that no two individuals have the same fingerprints. However, it is possible that the different points on your fingertips might match the prints of someone else in the world. While your entire fingerprint might not be exactly the same, enough points might match to result in the police connecting you to a crime even if you were not present.

A good defense attorney might hire a fingerprint expert to review and compare your fingerprints to those found at the crime scene to help in this type of situation.

When police rely on fingerprints to help to find a suspect for a crime, they normally pay the most attention to the fingerprints’ ridges and patterns. Regardless of how old you become, these areas of your fingerprints will remain the same. Fingerprint software might also identify more than one set of fingerprints that include similar details. However, these patterns will not be exact between two people.

Most complications arise when partial matches are found with incomplete fingerprints instead of entire marks. When this happens, a partial print will not offer too much help to the prosecutor’s case. Instead, the prosecutor will likely need much more conclusive evidence to present to the jury.

Law enforcement agencies are able to access the federal fingerprint database to try to match fingerprints and identify suspects or crime victims. The database increases the likelihood that some crimes will be solved.

What are the Limitations of Fingerprint Evidence?

In many cases, fingerprints found at crime scenes will not be matched to any known prints in a collection or database. This means that the suspect might not be identified through his or her fingerprints. Fingerprints might also result in someone being charged with a crime who is not the actual culprit.

For example, someone who lives in a home where a crime occurs will likely leave fingerprints throughout the residence even if he or she had nothing to do with what occurred.

Many perpetrators wear gloves when they commit crimes to prevent any fingerprints from being left behind. Others might clean the crime scene to avoid leaving this type of evidence behind. In these types of cases, fingerprints will not lead to a conviction of the perpetrators.

Another limitation is that fingerprints do not show any indications of their age and should not be considered viable evidence according to this article from the American Association for the Advancement of Science. If you happened to be in a room a decade ago, your prints might be found 10 years later when a crime in the same room is investigated. Having the help of a skilled criminal defense lawyer can help you to challenge any fingerprinting evidence that might be used against you in a criminal case.

Your attorney might try to determine when you might have left the prints. If you were never there, he or she might hire a fingerprint expert to demonstrate that the state’s match is inaccurate.

Get Immediate Help from a Criminal Defense Lawyer

Your attorney can carefully analyze all of the facts and circumstances of your case to identify the available defenses. Call us today at 602.560.7408 to request an appointment.