What is Considered Resisting Arrest by Police in Arizona? 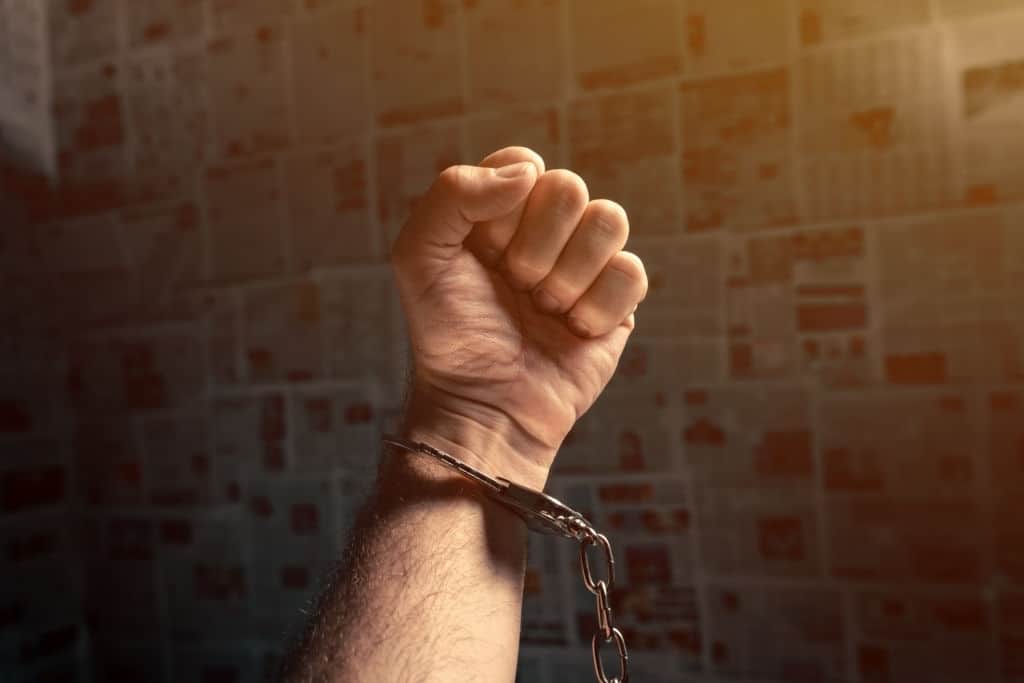 In Arizona, there is actually a statute that defines what it means to resist arrest — lawmakers did this to ensure there would be no confusion in the courtroom after an arrest has been made, as resisting arrest is often a charge that is added to, or that happens in addition to, other charges at the same time.

Arizona Revised Statute 13-2508: Resisting Arrest in the State of Arizona

According to Arizona Revised Statute (ARS) 13-2508, resisting arrest in Arizona is defined as the act of intentionally preventing an arrest by either:

Because it is one of the most common forms of resisting arrest today, and because peaceful resistance to arrest is known as a tool of protestors and others during the course of exercising their First Amendment right to free speech, it is important to understand passive resistance to arrest.

Passive resistance can mean more than one thing, but it is important to understand that the same rules for resisting arrest that apply to someone violently resisting through physical harm to authorities will also apply to someone who is peacefully resisting. And, in the courtroom, an Arizona judge is not likely to note the difference between peaceful resistance and a physical revolt against arrest, with the only obvious difference — which would result in further charges — being resisting arrest in a violent manner that resulted in an injury or injuries to one or more police officers or other authorities.

A peaceful or nonviolent resistance to arrest can simply mean failure to act when told you are under arrest, refusing to put your hands behind your back, refusing to get out of your car or move from a specific physical space when an officer or other authority has commanded you to, or “dead weighting” your body in such a manner that arresting you and moving you from where you are on the street or another public space into a patrol car is exceedingly difficult for authorities.

ARS 13-2508 Includes Quite a Bit of Unclear Language

While Arizona law does have a specific statute for resisting arrest as noted above, Arizona Revised Statute 13-2508 is difficult to pin down, not only for officers and citizenry but even for the courts and judges themselves. The statute contains a lot of room for interpretation — or misinterpretation — that makes it incredibly broad, far-reaching, and frankly, that gives both the state and the person who allegedly resisted arrest a good amount of wiggle room.

How ARS 13-2508 is interpreted in your case could be vastly different from how it might be interpreted in the case against someone who may have been standing right next to you and who may have been charged with precisely the same offense. With so much open to interpretation, it is critical that both you and your legal representation spend the time to deeply understand how resisting arrest is defined in the state of Arizona, as how you approach the court for a violation of this statute could be the difference in how you are charged and sentenced — or even if you are charged and sentenced at all.

Other Ways that Resisting Arrest is Described in ARS 13-2508

Aside from peaceful, nonviolent, or passive resistance to arrest in Arizona, Arizona Revised Statute 13-2508 also includes language describing other manners in which arrest can be resisted in the state of Arizona. The statute includes descriptions of the following actions as forms of resisting arrest:

Penalties and Sentencing for Resisting Arrest in Arizona

As a class 6 felony, resisting arrest carries with it the potential for time in prison, which will depend upon the criminal history of the person who resisted arrest.

Fines and fees to the court carry the potential to be a maximum of $274,500. And, in instances where there was damage done to the property during the course of the arrest that was resisted, if found guilty, you may also have to pay the $274,500 to the court as well as additional restitution which can amount to much more, and the amount of which will be determined by the judge in your case.

Regardless of Why You Were Charged with Resisting Arrest, You Have the Right to an Arizona Defense Attorney

Whether the authorities are suggesting you were resisting arrest in a peaceful fashion, or the police report states you did so in a manner that was physical, unless there was an additional charge for aggression or violence toward police or other authorities, your resisting arrest charge will be charged and sentenced in the same way. So, before you go to court, it is imperative that you have a winning case, and that requires building a strategy for the courtroom that defines what you did as somehow different from resistance within the confines of ARS 13-2508.

As a top-rated Phoenix criminal defense attorney, Arja Shah can create a strategy for your resisting arrest charge that helps to reframe the events as they actually occurred, and in this way, the judge in your case will be able to understand you did not break the law. Begin building your winning strategy today by scheduling your no-cost free lawyer consultation with Arja Shah. Dial 602-560-7408 to get started right away.