Arizona DUI in a School Zone, Construction Zone or Airport 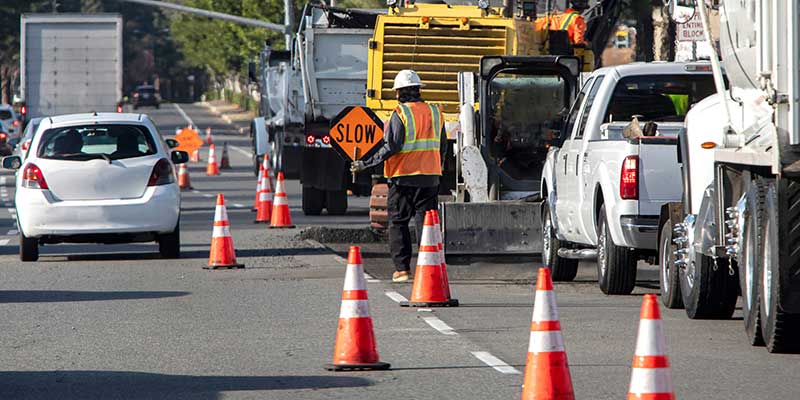 Below is some information about DUI charges in these types of areas in Arizona.

DUI on Airport Property in Arizona

In most cases, driving under the influence is a state charge in Arizona. This means that most people will be tried for the offense in Municipal Court, Justice Court, or Superior Court and potentially be sentenced to serve jail time in the county jail. However, there are certain situations in which a DUI can be charged and tried in federal court. The potential penalties for a federal DUI are harsher than for a state DUI charge.

Under the US Code of Federal Regulations 36 CFR § 4.23, people can be charged with federal DUI offenses when they drive with a blood alcohol concentration of 0.08% or higher; or when they are impaired to such a degree that they are incapable of driving by any amount of alcohol or drugs. If a person is arrested for a federal DUI in a state that has stricter laws, the penalties under state law will supersede the federal law.

You can be charged with a DUI as a federal offense when you are arrested for driving under the influence on federal land.

Federal land might include national parks, post offices, national monuments, military bases, and airports. However, some airports are owned by state or local municipalities instead of the federal government.

What is the Process for a Federal DUI Offense?

While the Arizona DUI statute and the federal law have several similarities, you will be tried in the US District Court for the District of Arizona instead of a state court if you are charged with a federal DUI offense.

While the federal process is similar to a state court process, it moves much faster. You will appear at an arraignment. Under 18 USC § 3161, the judge must set a trial no later than 70 days after your indictment is filed, and you are made aware of it. By contrast, under Ariz. Crim. P. 8.4, a trial in Arizona state court must be set within 180 days if you are out of custody.

At trial, you will have the opportunity to defend against the charges. One important difference between state and federal DUI offenses is you do not have the right to have a jury trial if you are charged with a federal DUI offense. Instead, you will appear before the judge for a bench trial, and the judge will hear the evidence and decide whether or not to convict you.

What are the Penalties for a Federal DUI at an Airport?

A federal DUI is a Class B misdemeanor under federal law, which means you can be sentenced to serve up to six months in federal prison, be placed on federal probation for five years, and be ordered to pay a fine of up to $5,000.

What if the Airport is Owned by the State or a Municipality?

Some airports are owned by the state, a municipality, or another regional government authority. In those cases, a DUI at an airport will be prosecuted under Arizona’s state laws. The penalties you might face will depend on whether the DUI is your first offense and your BAC.

DUI in a School Zone in Arizona

However, getting a DUI will also likely include charges for other related offenses. It could also be charged as an aggravated DUI in some situations.

When Could a DUI in a School Zone Be Charged as a Felony?

For example, if you are charged with a third DUI within seven years in a school zone, it will be an aggravated felony DUI. If you are subsequently convicted, it is a class 4 felony carrying a minimum mandatory four months in prison, a three-year suspension of your driving privileges, and substantial fines and costs under ARS 28-1383.

Another scenario in which a DUI in a school zone could be charged as an aggravated DUI occurs when you have a minor younger than age 15 in your vehicle. The first conviction of this offense is a class 4 felony.

For example, if you are pulled over in a school zone while you are transporting your child to school and are charged with a DUI with a child, you could face felony charges.

Under ARS 28-797, you cannot drive more than 15 miles per hour in a school zone. If anyone crosses the street, including crossing guards, children, or adults, you must come to a complete stop and allow them to pass safely across the road.

You also cannot pass other vehicles inside of school zones when school is in session. If you violate this law, a police officer can pull your vehicle over and investigate you for a DUI if he or she suspects that you might be under the influence. If you speed in a school zone in Phoenix, you will face a fine of a minimum of $267.40 under Violation Code 28-797H.

School zones are established to keep children safe and to prevent them from being struck by motorists. If you cause an injury accident with a child or adult in a school zone while under the influence, the prosecutor will likely charge you with aggravated assault under ARS 13-1204. This is a class 3 felony carrying a prison sentence of five to 15 years with a presumptive sentence of 7.5 years.

If you have a DUI accident in a school zone that results in death, you can be charged with vehicular manslaughter under ARS 13-1203. This is a class 2 felony carrying a potential sentence of seven to 21 years.

Under ARS 13-709, any felony committed in a school zone, including an aggravated DUI or related felony charges, can result in enhanced penalties.

While you will face the same level of felony as you would for offenses committed outside of school zones, the judge can add an additional year to your sentence.

If the judge determines that you are a member of a criminal gang, he or she can add five years to your sentence.

DUI in a Construction Zone in Arizona

If you cause an accident in which someone is killed in a construction zone, you can be charged with felony vehicular manslaughter and be sentenced to serve up to a maximum of 21 years in prison in addition to the sentence you might receive for the DUI.

Being charged with a first-time DUI in Arizona or any other DUI is always serious. When you are charged with a DUI at an airport, in a school zone, or in a construction zone, you might face other related charges that can result in harsher penalties. Contact the Shah Law Firm today to learn about how to handle your case at (602) 560-7408.