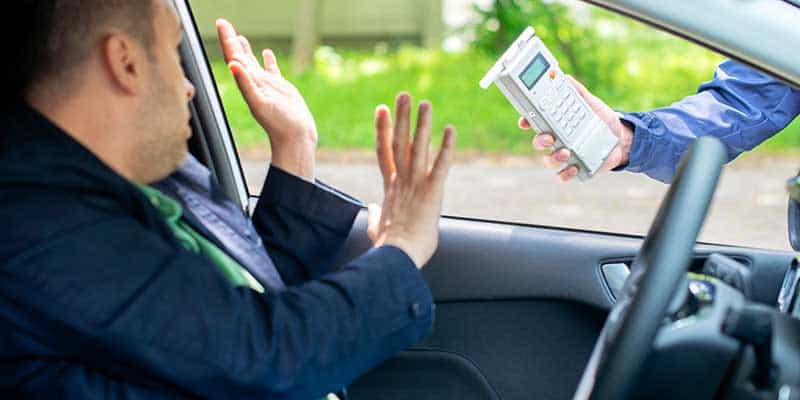 Many people in Arizona are confused about whether or not you can refuse a breath test or refuse a blood test after a DUI stop. When people are arrested for suspected DUIs, police officers will ask them to submit to a chemical test to test their breath, blood, or urine for the presence of alcohol and its concentration.

While many people do not want to submit to chemical tests, refusing to submit a blood sample drawn by a phlebotomist or a breath sample on a breathalyzer test can result in consequences to their driving privileges and could potentially detrimentally impact their DUI cases.

Here is some information about refusals and what they can mean for a DUI case in Arizona from the Shah Law Firm.

Under ARS 28-1321, Arizona has enacted an implied consent law. The state deems all motorists who drive vehicles in the state to have given their implied consent to chemical testing to check for the presence of alcohol or drugs in their systems.

When a person refuses or is unable to consent to, a test or tests of the person’s blood, breath, urine, or other bodily substance for the purpose of determining alcohol concentration or drug content, they are given an admin per se form. This is a pink piece of paper. If you were not given this form, let your DUI attorney know immediately.

Refusing to submit a blood or urine sample or refusing a breath test with the breathalyzer machine can trigger consequences from the Arizona Motor Vehicle Department.

If you refuse to submit to a chemical test, a police officer can request a warrant to conduct the test anyway. You can still be prosecuted for a DUI based on the officer’s observations of you and your driving. The prosecution can also use a refusal of a chemical test as evidence against you in your DUI case.

Once you finish the administrative suspension period of your driver’s license, you will have to complete a drug and alcohol program before your license can be reinstated.

Officers Getting a Search Warrant to Draw Blood

The Supreme Court of the United States has ruled that police officer must either secure a driver’s consent or get a warrant before drawing blood for a blood test following a DUI arrest in Missouri v. McNeely, 358 S.W. 3d 65 (2013). However, in Mitchell v. Wisconsin, 139 S.Ct. 2525 (2019), the Supreme Court clarified that police do not have to get a warrant under exigent circumstances, including when a motorist is unconscious.

While police are generally required to get a warrant to draw blood when a motorist refuses to submit to a blood test, a warrant is not required for breath tests. The Supreme Court has held that blood tests are more intrusive of a person’s body and privacy, but a breath test using a breathalyzer machine does not involve the same degree of intrusion.

What Happens After a Refusal of Breathalyzer / Chemical Test?

If you refuse to submit to a post-arrest chemical test, the officer will file a certification with the Motor Vehicle Department that you refused chemical testing. An order to suspend your license will be issued and become effective 15 days after it is served on you. When you are arrested, the police officer will take your license from you and issue you a temporary permit that will only be valid for 15 days.

You may receive a temporary driving permit that will continue until the Department issues its final decision after your hearing. The order will be issued within 10 days of the hearing. If the court finds that the suspension is warranted, your license will be administratively suspended for either one or two years, depending on your history.

The administrative hearing for your driver’s license suspension is separate from your criminal case and is an administrative rather than a criminal proceeding. Both you and the state will be able to present evidence and testimony.

The administrative law judge will review whether or not the officer had reasonable grounds to believe that you were under the influence while operating your vehicle or being in actual physical control of it or were younger than 21 with alcohol in your system, whether you were under arrest and refused to take the chemical test, and whether the officer properly advised you about the consequences of a refusal.

You can either represent yourself at the driver’s license hearing or retain an attorney to represent you. However, you are likelier to secure a better outcome with the help of an experienced DUI defense lawyer.

Since you have a limited time to request a hearing after your DUI arrest and refusal, you should act quickly to hire a lawyer.

Field sobriety tests are not the same as post-arrest chemical tests. Instead, they are tests that an officer might ask you to perform at the roadside to look for indicators of potential impairment. These tests include three standardized tests, including the one-legged stand, the walk-and-turn, and the horizontal gaze nystagmus.

An officer might also ask you to perform a couple of non-standardized tests and to submit a breath sample on a portable breath test at the roadside.

If you submitted to the roadside tests, your Phoenix DUI attorney could carefully review how they were administered and challenge them.

If you give your express consent to a chemical test of your blood, the officer will not have to get a warrant to have your blood drawn. If you do not give consent for chemical testing, it will be counted as a refusal under the state’s implied consent law.

If you cannot complete the test for some reason, it will also be counted as a refusal for purposes of a license suspension.

Your consent to a chemical test must be voluntary. The police cannot coerce people into consenting to chemical tests.

Exceptions to the Warrant Requirement

The police can conduct a warrantless search incidental to your arrest other than searching and seizing your blood for testing. Officers are required to get your consent or a warrant to search and seize your blood unless you are unconscious.

Another exception exists for evidence that is plainly visible to the officer. For example, if the officer sees a half-empty liquor bottle on the floor of your vehicle, He or she can seize it without a warrant as evidence in your DUI case.

In cases in which a warrantless search is conducted based on an exception to the warrant requirement, your attorney may file an evidentiary motion to challenge the search and request the court to suppress the evidence subsequently gathered as a result. The prosecutor will then have the burden of proof at a motion hearing to show that the warrantless search was reasonable under the exception based on the particular circumstances as they existed when the search occurred.

The court will then decide whether or not the police had a valid exception to the warrant requirement. If the court finds that the exception should not be applied, the search and any evidence seized as a result will be suppressed.

How a Refusing a Breathalyzer or Blood Test Can Impact Your DUI Case?

If you refuse a breath test or refuse a blood test after your DUI arrest, it can result in administrative license consequences. The prosecutor can also admit evidence of your refusal against you at trial.

A refusal can be considered as evidence that you knew you were intoxicated and refused the test for that reason.

While the lack of chemical testing evidence can make the prosecutor’s case against you weaker, it does not preclude the state from moving forward with your case. Instead, the state can rely on other evidence of impairment, including the officer’s observations of your driving before stopping your vehicle and other indicators.

When an officer pulls you over for DUI suspicion, he or she will closely observe you to check for signs that you might be impaired. Things like having bloodshot, watery eyes, using slurred speech, showing clumsy motor control, or having an odor of alcohol emanating from your breath or vehicle can all be used as evidence against you at trial.

Under ARS 28-1381(A)(1), you can be convicted of a DUI in Arizona even without any chemical test results. This subsection only requires the state to present evidence that you were impaired to the slightest degree by any amount of alcohol and/or drugs at the time that you operated or were in actual physical control of a vehicle.

In most cases, it is not a good idea to refuse a chemical test. A refusal can result in serious consequences to your license and be used as evidence against you in your underlying DUI case.

An experienced Phoenix DUI attorney at the Shah Law Firm can identify other ways to defend against your drunk driving charge, including challenging the administration of your test, how the police conducted the stop, search, investigation, and others. To learn more about your rights, call us today at (602) 560-7408.