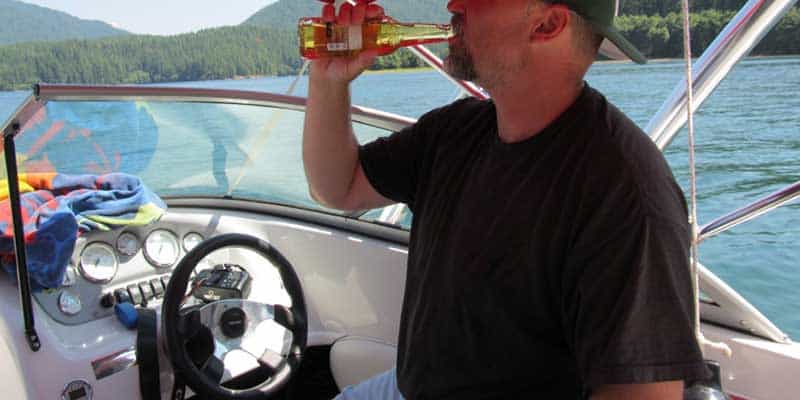 The upcoming weekend means that the cooler days of spring are quickly ending. More people will be headed out to vacation destinations, popular nightlife spots, lakes and rivers, and concerts. This also means an increase in Memorial Day DUI arrests.

While Memorial Day weekend can be a fun way to welcome the summer, it is also important for you to ensure that you avoid getting charged with a DUI on a boat or while driving. Many people head to popular spots where they consume alcohol while also participating in other events. This means that law enforcement authorities throughout the greater Phoenix area will be on alert and watching for impaired drivers.

Over Memorial Day weekend in 2021, the Arizona Governor’s Office of Highway Safety reported that 589 motorists were arrested for drunk driving or DUI on drugs.

Out of the people who were arrested, 138 were arrested for extreme or super-extreme DUIs with blood alcohol concentrations of 0.15% or higher. The state also reported that 157 people were arrested and charged with drugged driving. The total number of Memorial Day DUI arrests during the weekend in 2021 significantly increased compared to the 409 arrests in 2020, which Covid had an influence over.

Whether you are planning to attend a backyard barbecue, spend time with your family, head out on the town, or go to popular lakes or rivers, you can be sure that the police will be out in force to try to catch drunk drivers.

Below is some information you should be aware of during this Memorial Day holiday weekend from the Shah Law Firm.

Popular Places Where People Might Be Drinking over Memorial Day

Some of the most popular destinations where you might expect people to be drinking are also places where you should expect the police to be prepared to arrest drunk drivers. Some of these places include the following:

If you head to Lake Pleasant in Peoria, you might come into contact with police officers from the Maricopa County Sheriff’s Office, the Arizona Department of Public Safety, or the Peoria Police Department.

If you are arrested for a Peoria DUI after leaving the lake or are charged with boating under the influence (known as an OUI or Boating DUI), your case will likely be filed in the Peoria City Court.

Heading to the Salt River is a trendy way for Phoenix residents to relax and have fun. However, if you drink and drive or are arrested for boating under the influence, you might be stopped by the Maricopa County Sheriff’s Office, the Gila County Sheriff’s Office, the Arizona Department of Public Safety, or the Salt River Police Department. DUI cases are generally filed in the West Mesa Justice Court and handled by a Mesa DUI lawyer.

Tempe Town Lake provides a respite in the heart of Phoenix. However, if you decide to drink and get behind the wheel or boat while drunk, you might be arrested by an officer with the Tempe Police Department and charged with boating under the influence or a Tempe DUI.

If you are, you can expect your case to be filed in the Tempe Municipal Court.

If you head out for a night on the town along Mill Avenue in Tempe, you can expect to find a heavy police presence. People who are arrested for DUIs after drinking at a location along Mill Avenue will likely be stopped by a member of the Tempe Police Department and have to appear in the Tempe Municipal Court.

If you head out to Yuma, Arizona to visit the Glamis Sand Dunes for a day of fun, make sure to avoid drinking and driving. You could be stopped by an officer with the Arizona Department of Public Safety or the Yuma Police Department and arrested for DUI in Yuma.

If you cross over into California, you could be charged with a California DUI by the Imperial County, California Sheriff’s Department.

Police are allowed to set up a DUI checkpoint as long as they publish it in advance and clearly mark them. They must have a system to randomly stop vehicles in place and can’t simply stop people they choose who pass through the DUI checkpoint.

Checkpoints are typically set up in multiple locations, and the police stop drivers at random to evaluate them for possible impairment. Many Phoenix DUI checkpoints are set up around curves so that you can’t see them until you are already in them.

If you try to turn around after seeing the DUI checkpoint, you will likely be stopped by an officer who will be stationed to catch drivers who try to evade the checkpoint. This officer will look for any minor traffic violations to support the stop, including minor mechanical issues.

Officers can also perform checkpoints on rivers and lakes and random inspections using a reason to stop such as “checking for proper life jackets”.

While many people enjoy having an alcoholic beverage such as beer while they are operating watercraft, doing so can land you in trouble and result in a charge for a boating DUI. You can be charged with operating under the influence (Arizona OUI) if you drink too much while rafting or boating on the waterways in Arizona.

A boating DUI is found in ARS 5-395, which makes it illegal for you to operate or have actual physical control of a powered watercraft when you are impaired by alcohol or drugs to the slightest degree or with a blood alcohol concentration of 0.08% or more. You can also be charged with a boating DUI if you have any amount of illegal drugs in your system.

The waterways are patrolled by the Arizona Game and Fish Department, the State Park Department, and the counties in which they are located, such as the Maricopa County Sheriff’s Office. These locations might also be policed by federal officers, including Lake Havasu.

While it is legal to have an open container of alcohol on a watercraft, the police watch for reckless behavior to charge an Arizona OUI.

Even if you go tubing, you should be careful. Officers watch the parking areas and detain tubers who get behind the wheel to charge them with a Lake Havasu DUI.

You can also be charged with a DUI under ARS 28-1381 if you attempt to drive home while impaired from your destination.

The penalties for an Arizona DUI or a boating DUI  will depend on your BAC and whether it is your first offense or if you have had previous convictions in the past seven years.

Some aggravating factors could increase the penalties even further.

Penalties for a Misdemeanor Arizona DUI, Extreme DUI, OUI, or Other Types of Driving Under the Influence

Regular First-time DUI or OUI can be charged if you are impaired to the slightest degree or if your BAC tests between 0.08% and 0.149%.

An extreme OUI or DUI carries the following potential penalties for a first offense:

A super extreme OUI or DUI can be charged if your BAC is 0.20% or higher and carries the following penalties for a first offense:

If you have had prior DUIs or OUIs within the past seven years, the penalties will be much more severe.

You can be charged with an aggravated OUI or DUI, which is a felony carrying the potential for a prison sentence if your arrest includes any of the following:

If you are stopped over the Memorial Day weekend on suspicion of drunk driving, you should do the following things:

Get Help for a DUI or OUI Charge

If you have been arrested for a DUI or OUI, you should speak to attorney Arja Shah at the Shah Law Firm.

Arja Shah is an experienced defense attorney who can help you understand the best way to defend your case. Contact us today at (602) 560-7408.